EDUCATION IN GHANA: GES FAILED ROLE AND THE POLITICS OF SECTOR MINISTRY

The question usually comes to mind whether managers of education system had failed in their role of promoting a holistic education or the sector ministry is over playing politics with one of the most sensitive areas of human resource development in the country.

It is mostly said that agriculture is the bedrock of our economy but this saying may be fading in the face of growing technological world. I will without equivocation say that Education is now the live wire of globalization and the grinding wheel of every growing economy.

Agriculture certainly drives on the wheels of Education before it can make any significant impact on the economy of every country.

It’s becoming increasingly obvious that education is being trodden upon either consciously or there is a missing link which is eluding the greatest policy makers of our time. There is no clear cut policy underpinning our educational system. Each change of government comes with another manipulation of the sector leaving it bleeding with little or no direction.

Few examples may serve your memory of what had gone down the drain in the name of politics.
1. The Middle School Leaving Certificate which was four years was changed to three years JHS (now barely two and half years)
2. The Five Year O Level Senior Secondary course was changed to Three Years Senior High School and later reduced to two and half years and later four years and now barely two and half years.
3. The two year A Level course has been scrapped.
It is again clear on the face of these policy changes that successive government had sought to some way manipulate education to some extent to win political capital.

In the run up to the 2012 and 2016 elections, education became another fertile ground for politicians to hatch a new policy agenda as usual to manipulate the sector and to make it more vulnerable.
Free SHS was hammered on several occasions and debated back and forth.
Finally, we have arrived here with its implementation. And it is clear that this policy is riding on the wings of political whims and caprices.
The questions comes to mind whether stakeholders of education were duly consulted or were made to make inputs to the new policy. That’s the missing link.

Teachers are always at the receiving end. They don’t have any say. They always swallow the bitter pill of political ideologies which may not suffice the realities of modern school system. These so called policies seem to isolate or eliminate teachers in terms of salary adjustment, allowances or other equally important incentives.

It is a fact that teachers do not matter when it comes to educational policies being swung by politicians. One may say without fear that teachers have been taken for granted in this country and are not treated with the expected honour they deserve.

The big picture now comes to the play when we begin to contemplate on the actual role GES is playing in the midst of all these brouhaha. GES is the education management unit in Ghana but it appears they are not managing anything. Their hands are tied to an invincible task master who seems to dictating their pace. Management is the act or skill of controlling and making decision about a business or a department. GES is supposed to have a direct control of the education system in Ghana because they manage virtually every aspect of it. It is unclear as to what is preventing them from executing their role as a management unit. The common view of every teacher about GES is about their specialization in witch hunting and frustrating teachers. Matters of core academic work is missing on their list.

One may want to spare GES and rather direct his gun at MOE which oversees the sector as a whole. Successive governments in this country have failed to properly meet the needs of Education and ensuring an enduring policy which will have direct and long lasting effect on the sector. We wake up every morning with new pipeline policies being sprung on us one by one. The latest is the closing time for basic schools. Highly inconsistent and incongruous because the basic needs of primary education in Ghana is yet to be met.
I may not hesitate to allege that GES is struggling to manage the sector well and have failed on countless times in ensuring that the blocks fit properly into their positions. Likewise, the political hierarchy of the sector ministry makes it weak and uncommitted to enrolling a lasting policy direction for the sector.
It’s therefore of no surprise that education in these modern times have recorded falling standards and continue to suffer more as a result of management failure and politically tainted sector.

It’s the responsibility of teacher unions now to lead the fight to ensuring sanity or reverse gear in the wayward direction of education in our country. If the government is failing to give it a proper direction, we the major stakeholders at the receiving end can resist any form of policy that seems to jeopardize the future of education. This should not be done with hollow rebuttals by unions leaders on radio and on TV, but through an empirical research to help shape the system.

We are in a country where teacher unions barely contribute to policy direction of the sector due to either their incompetence or mediocrity.
They are more specialized in managing teachers’ dues and doling out insatiable loans to them. They have failed to properly connect teachers to the management unit and the sector ministry.

The future generation cannot be left in limbo in what seems to be unstable education system which point to virtually no destination.
The real stakeholders have been relegated to the background leaving the politicians to craft a future of uncertainties. Gradually the firm foundation of education propagated by afore leaders is being shaken and if nothing urgent is done about it, it could lead to its collapse. We cannot afford to reach that dead end.

GES should bounce back to performing their traditional roles as management whereas the politicians should desist from excessive manipulation of the system to satisfy their want. Teacher unions must be a unique link and common mouth piece in policy making, implementation and direction.
Education will continue to remain the live wire and the engine of globalization and Ghana cannot afford to be disconnected.[/vc_column_text][/vc_column][/vc_row] 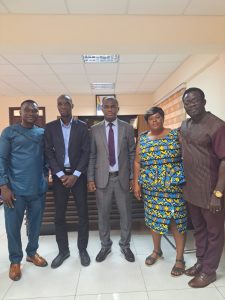 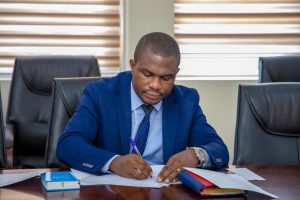 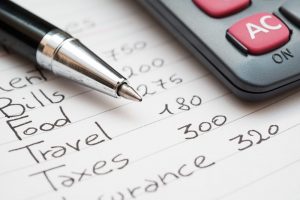